On a Tuesday afternoon in August, near the Civic Center BART Station entrance, a woman with her pants and underwear down around her ankles danced outside the Orpheum Theatre as a trio of people—two men in business attire, one woman sporting athleisure—looked on and laughed, shooting footage on their phones from a safe distance across the street. 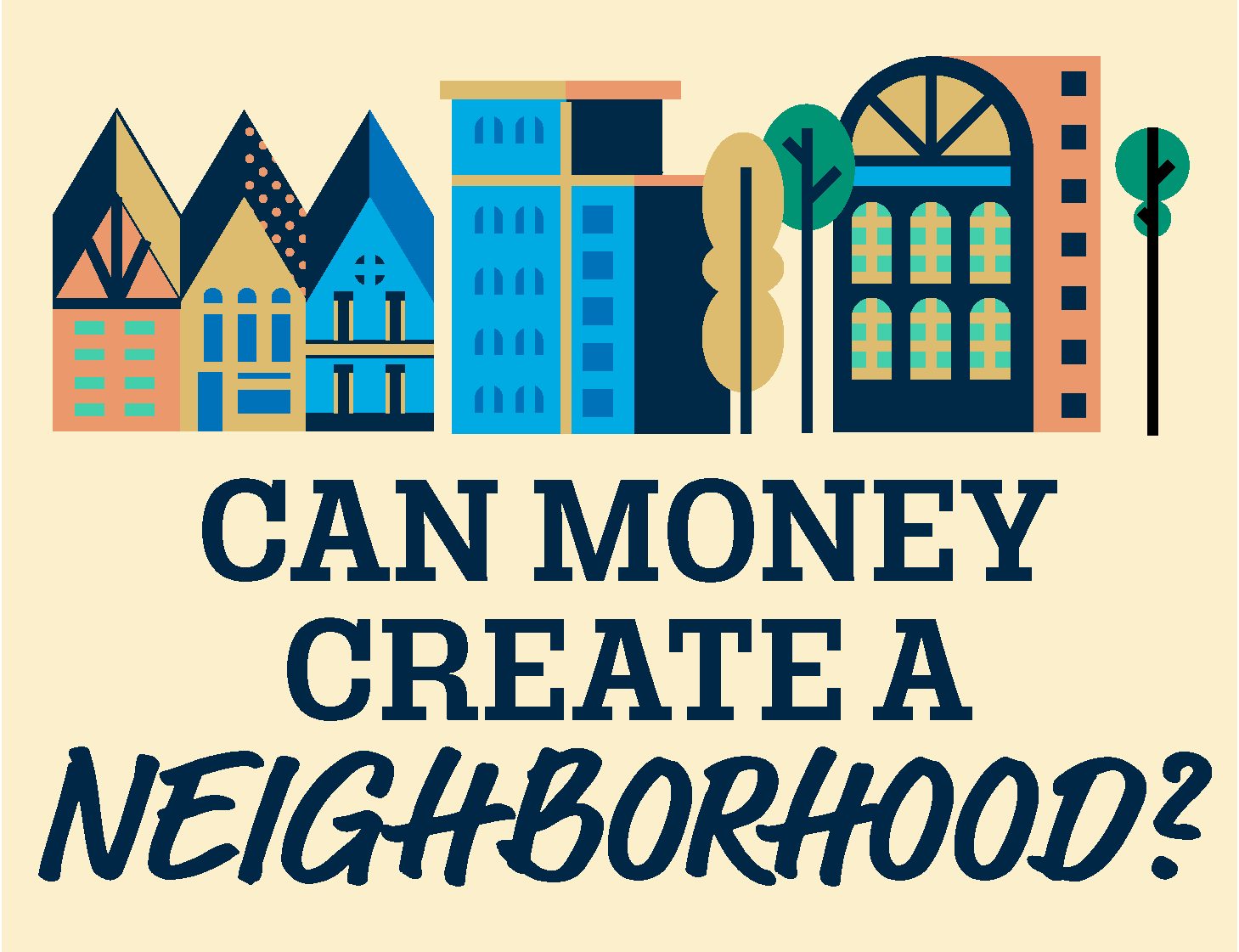 This soulless act is a metaphor for what Mid-Market, which stretches from Fifth Street to Van Ness between Mission and Market, has become: a nascent quasi-neighborhood where moneyed worker drones mingle with some of San Francisco’s most at-risk residents. Nine-dollar pourover coffee at Equator Coffees and Teas at 986 Market can be purchased a few yards away from homeless citizens residing on the sidewalk. Seven-figure, 19-story condo buildings provide shade for open drug use. And no amount of tech headliners, luxe apartment amenities, or chef-driven restaurants has managed to sublimate this chronically frayed area.

Mid-Market’s less savory connotations are, of course, nothing new. San Francisco Chronicle columnist Herb Caen even dubbed the area “Le Grand Pissoir” due to copious amounts of urine and human feces found in the nexus of South of Market, the Tenderloin, and Civic Center. This was in 1985.

Needless to say, when San Francisco bended to Twitter’s will in 2011 by way of a ballyhooed tax break, hopes were high for the future of the undervalued neighborhood smack dab along Market Street, one of the city’s busiest thoroughfares.

After years of neglect, recessions, and open-air lawlessness, little had changed in the microhood. So the city hatched a plan to reignite San Francisco’s Mid-Market neighborhood by using Twitter as a beacon for other tech companies and high-salaried employees.

“Mid-Market has a long way to go to become a neighborhood used more than just an Uber-drop-off destination spot or nine-to-five tech hub.”

Threatening to leave the city over cost of living and doing business, the social media giant threw down the gauntlet: It would pack its bags for good and flee for Brisbane, a suburb south of San Francisco, unless the powers that be gave it a tax break.

The late Mayor Ed Lee (who died in December 2017) gave in. Part of the requirement for the tax incentive included an exemption on its 1.5 percent payroll tax, which would, ostensibly, keep Twitter in downtown San Francisco while helping spur development, enriching the surrounding area. (One thing that came out of the agreement, in 2015, was NeighborNest, a learning center teaching tech and coding classes to locals.)

Twitter moved into the Market Square space in June 2012, inside a Mayan-inspired, Art Deco monolith formerly known as the Western Furniture Exchange and Merchandise Mart. A rooftop barbecue—complete with baby-back ribs, smoothie shots, and a joint appearance by CEO Jack Dorsey and Lee—christened the city’s relationship with the tech giant.

The city placed a bet that other tech outfits would follow suit, as would cash-flush residents willing to shell out a pretty penny for the area’s new residential towers, whose seeds were sown prior to the contentious tax break.

And the plan worked, sort of. Uber and Dolby can now be found within a block of the Twitter headquarters. According to a February 2014 Time article, “For any company that agreed to locate in a specified geographic area around [Twitter], the payroll tax would be waived for all new jobs they created for six years.” And in 2014 alone, businesses in Mid-Market bypassed $34 million in taxes thanks to the break.

But calling the neighborhood grim could be an overstatement. Theaters like A.C.T.’s the Strand and the Orpheum Theatre have been packing in patrons since 2015. The Warfield still has sellout crowds. And nightclubs like Mr. Smith’s and OMG keep the kids dancing until 2 a.m.

Despite the activity, Mid-Market has a long way to go to become a neighborhood used as more than just an Uber-drop-off destination spot or 9-to-5 tech hub. While housing prices have skyrocketed, storefronts such as the street-level NEMA retail spaces and the $150 million 6x6 mall flop remain empty.

Proper Hotel, an eclectic boutique property, opened in 2017 with two ground-floor restaurants and a swanky rooftop bar. It sits smack dab in the heart of Mid-Market’s most forlorn area, on Market Street between Seventh and Sixth streets. (Spokespeople for Proper Hotel declined to comment when asked about hotel vacancies.)

“Eateries in the city, no matter how ingredient-driven or self-consciously inelegant, act as siren songs of looming gentrification, eviction, and neighborhood-character evisceration.”

Mid-Market restaurants have continued to flounder over the last few years due to cost of business and locals’ lack of interest. After only nine months, the ill-fated Oro shuttered due to dearth of patronage.

”We always knew it was a little bit of a risk in that neighborhood,” chef Jason Fox told Eater in 2016.

The long-awaited Cadence closed after only six months. Bon Marché, which was located inside the Twitter building’s ground floor, managed to last one year. Still others have had to ditch their high-concept ideas in exchange for crowd-pleasing fare, like the lauded Alta, which the owners shuttered and reopened as Kaya, a Caribbean restaurant from Oakland chef Nigel Jones. A July 2018 New York Times article claimed that “despite initial excitement over the opening of a number of restaurants and shops, the [Mid-Market] neighborhood has not yet flourished the way many had hoped.”

A restaurant is no longer a harbinger of better things to come, especially ones geared toward tech workers in need of lunch or after-hours replenishment. Eateries in the city, no matter how ingredient-driven or self-consciously inelegant, act as siren songs of looming gentrification, eviction, and neighborhood-character evisceration.

So, what does make a neighborhood successful? Upwardly mobile, quiet, and clean? By that measure, San Francisco’s Presidio Heights and Sea Cliff, two of the toniest areas in the city, where homes sell for eight figures, would be choice markers for a fruitful neighborhood. For others, “success” means a diverse array of people, arts, and culture—i.e., the Excelsior or Dogpatch.

One sector that has perhaps benefited from the crystallization of Mid-Market’s nouveau identity is San Francisco’s nonprofits. In 2015, the American Conservatory Theater added a second building in Mid-Market to its repertory, and in 2018, it brought on Tony Award-winning director Pam MacKinnon (Who’s Afraid of Virginia Woolf?, Clybourne Park) as artistic director.

“[Mid-Market] is different. It feels pressurized. More people, more open drug use, more tension,” says MacKinnon. “As the leader of an arts organization, I’d love to spend 24/7 talking about the art. But we spend a lot of time talking about security. We estimate that in the fiscal year 2018 alone we’re going to be spending $127,000 on security.”

“Our audience and our staff feel compassionate for the homeless and drug-addicted on our streets,” former A.C.T. executive director Peter Pastreich told the San Francisco Chronicle in March 2018. “What we’re not very patient with or sympathetic to is the criminal element that is preying on our city.”

“Mid-Market is one of the few places left in SF that feels like uncharted territory, like there’s still curiosity of what’s to come,” says local artist and San Francisco native Shannon Steneck, who has called the neighborhood home since 2011.

Living in a below-market-rate studio inside Soma Residences, which he secured through social services, Steneck notes that while open drug use is rampant in the area, his neighborhood is a good reflection of what the country is like today.

“Mid-Market is a critique of America in a kind of way—this is who we are, but we don’t want to admit it,” says Steneck. “I’m embarrassed of it, but also proud of it at the same time. It’s different from anywhere else.”

Blocks up Mission Street, in the East Cut neighborhood, sits the new Transbay Transit Center and Salesforce Tower, a $2.26 billion project featuring a 5.4-acre raised park—the crown jewel of the city’s new and improved tech world. Salesforce is now flanked with names like Facebook and Instagram—illustrious brands capable of enticing more than a Twitter HQ and a smattering of WeWork hives ever could.

Skip back down to the locus of Mid-Market for one of San Francisco’s most bombastic public art pieces in recent years: Venus, a gleaming, 92-foot-tall statue that cannot be seen from the street but is the centerpiece of a near-empty public plaza. During visits to the courtyard on two weekdays at lunch hour and two Saturdays in the late afternoon, its under-utilization is painfully evident.

Mid-Market, after all these years, has yet to become something greater than the sum of its parts. There’s still something alluring about this small slice of San Francisco, even if we don’t know why or what that is yet. All it needs to find is its humanity, and move forward from there.