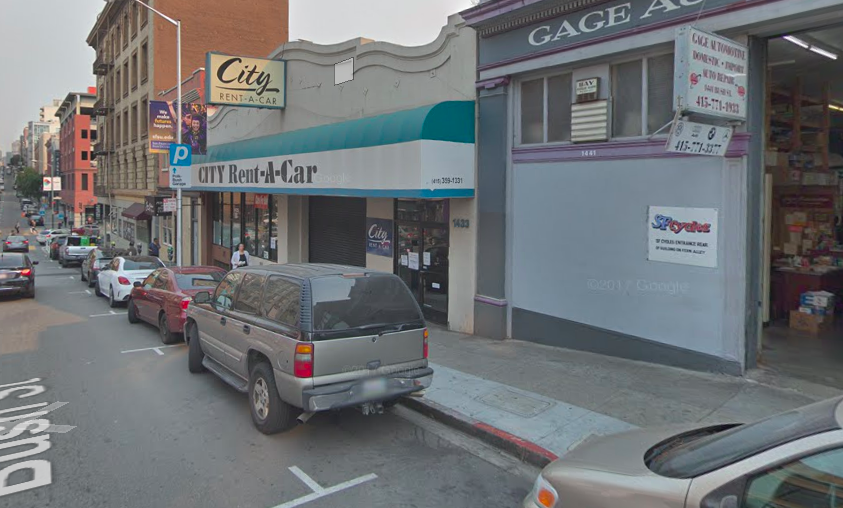 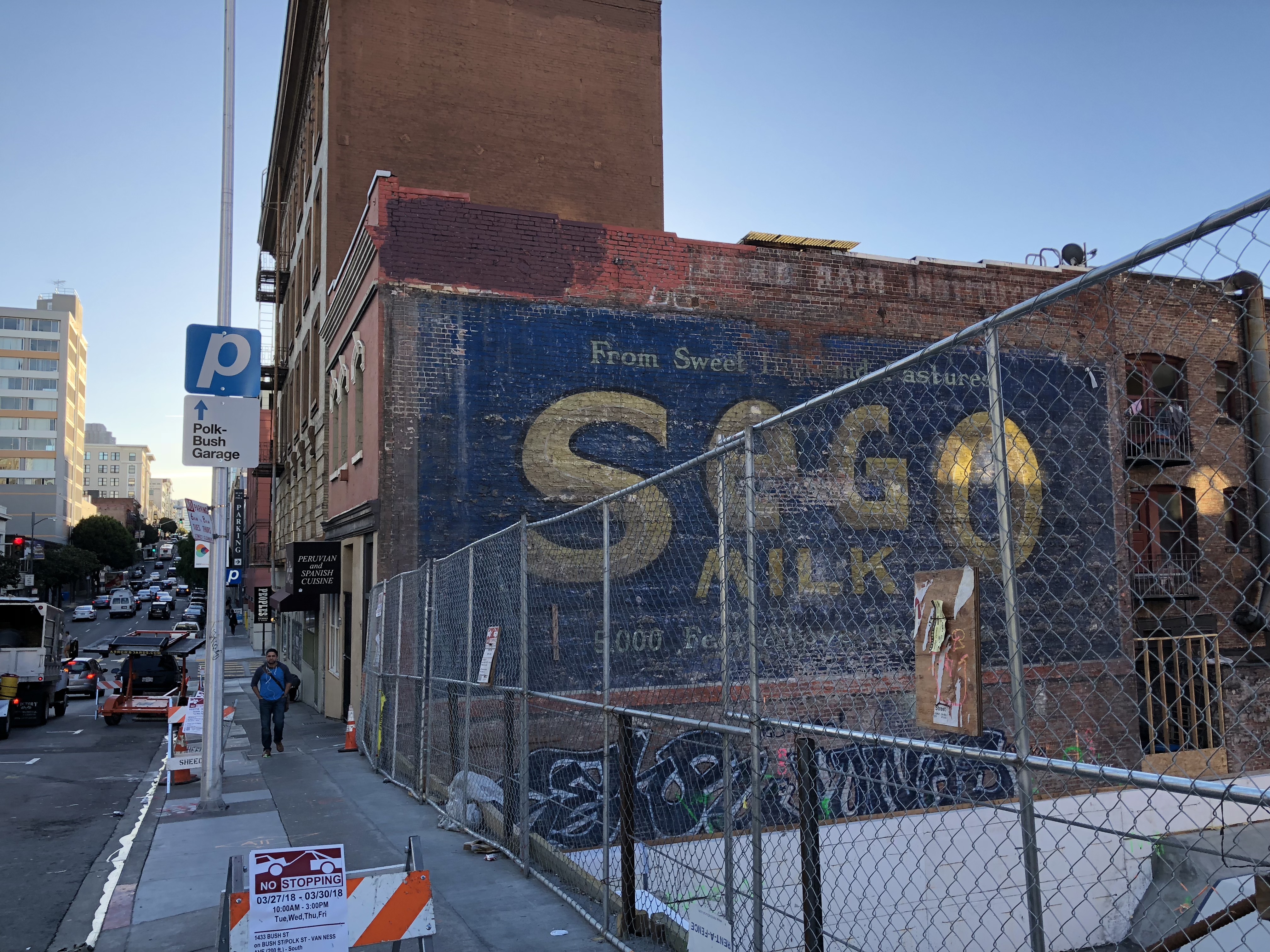 Before image via Goole and after photo by Sarah Bacon

After a nondescript building was torn down in Lower Nob Hill, an old advertisement for Sego Milk was revealed on the building next door. Sarah Bacon (of Richmond SF Blog) spotted the circa-1920s painted billboard and snapped these images of the classic signage.

A bit of background on Sego Milk: A onetime milk production outfit, located in Galt, California, Sego was reportedly the first milk processing plant in the West, operating from 1917 to 1957.

Lodi News has more on the former dairy outfit:

In the beginning, the plant processed 36,000 pounds of milk a day. Forty years later, it was doing five times as much. Dairymen from Galt, as well as Lockeford, Elk Grove, Sloughouse, Wilton, Point Pleasant and Woodland sent their milk in 10-gallon metal milk cans to the Galt plant.

In the late 1950s, the milk industry changed. Dairies and the milk they produced were graded according to their quality. Grade A dairies sold to fresh milk producers, and Grade B dairies sold their milk to condensed milk processing plants. By the late 1950s, there was new technology and improved cooling techniques that allowed Grade B dairies to become Grade A dairies. With the loss of its producers, the Sego Milk plant was forced to close in 1957 after a little more than 40 years in business.

On July 8, 1961, the six-acre plant and all its equipment was sold as is where is at a public auction. Thirty-one years later, the buildings burned and were bulldozed down. There is nothing left to stand in testimony to this industry’s place in Galt’s history.

The ad is still visible on the side of 1407 Bush, which houses Peruvian restaurant Fina Estampa.

But catch it while you can; an eight-story residential unit over a ground floor commercial space is expected to rise in the former City Rent-a-Car space, which will once again send ye olde ad back into hiding.

Next Up In News