Time again for the Under $700K Club, the inflation-adjusted version of our old Under $500K club. Here we showcase the few and the proud San Francisco homes that, even in this this time of seven-figure median home prices, have the courage to sell at a mere $700,000 or less (or at least open that low).

Who says you can’t buy real estate in SF on the cheap? Reality, that’s who. But there are a smattering of properties on the market that do have some give, have a whiff of barely-there affordability. This condo in Hayes Valley is one such gem. 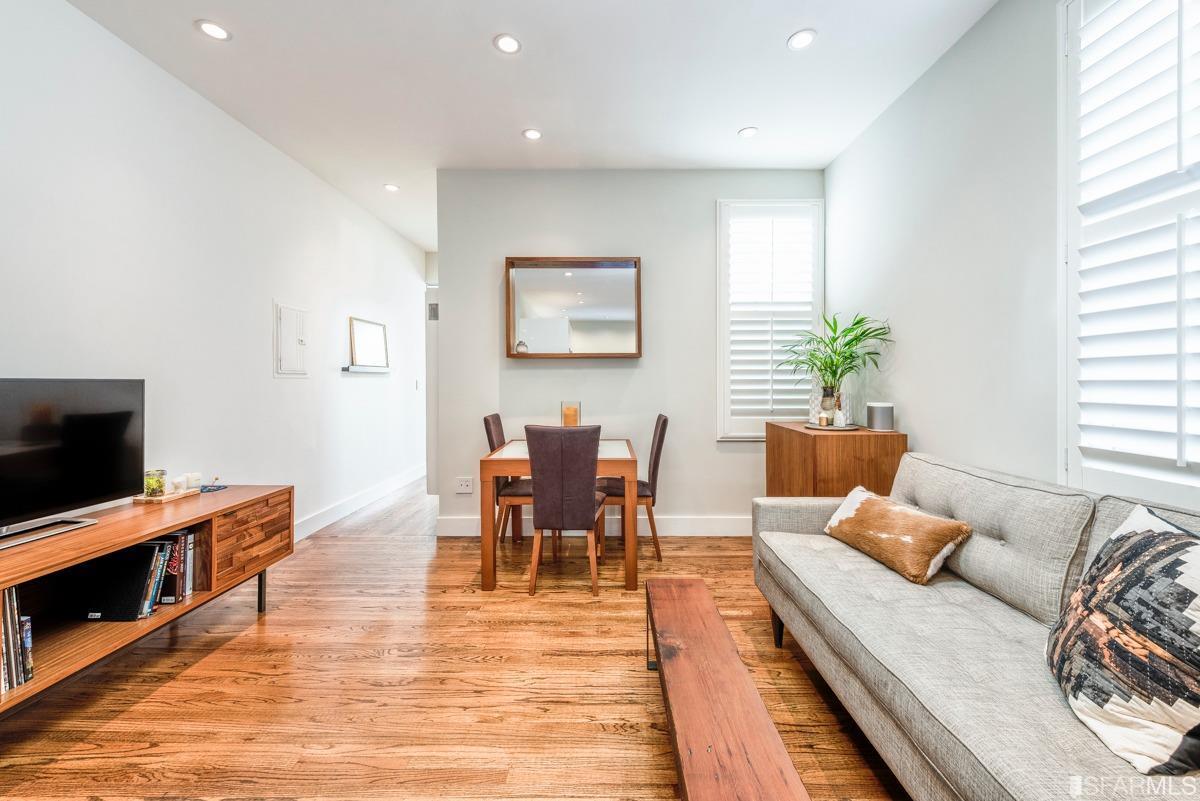 Coming in at one bed and one bath, this 2006 renovation is pretty sleek. It features new hardwood floors, kitchen, bathroom, and decor. What’s more, it comes with in-unit laundry and a private deck.

But best of all, Arlequin Cafe's patio is pretty much in your backyard. Which is to say, your back yard is next to heaven.

Considering it’s in Hayes Valley—and this could be the Stockholm Syndrome speaking—but the asking of $699,000 almost borders on reasonable.

Alas, this charming piece of property will, presumably, sell for over asking.

Next Up In Homes For Sale