Another Warriors Heartbreak For Oakland

With the NBA team’s move to San Francisco, what will become of Oracle Arena?

Even after the wounds of the Golden State Warriors' loss to the Cleveland Cavaliers have started to scab over (for those not keeping up, the Cavs bested the hugely popular Warriors with a surprising, devastating Game 7 victory in the NBA Finals), the city of Oakland faces yet another blow to its ego: the team’s move over to San Francisco. When the 2019 season arrives, the Warriors will leave Oakland's Oracle Arena behind to play in their new home in San Francisco’s Mission Bay.

It's a big blow to the already fragile spirit of a city whose home team won’t even use their name. (The Warriors have gone through several names, including the Philadelphia Warriors and the San Francisco Warriors before adopting the broader, if somewhat unfair, "Golden State" moniker.)

As the Warriors prepare to relocate into their arguably chicer and more tech-savvy digs at Chase Center in the Mission Bay neighborhood (rubbing well-moneyed elbows with AT&T Park and Lyft and Dropbox headquarters), what’s going to happen to their old home, which sits smack dab in an industrial part of Oak-town? 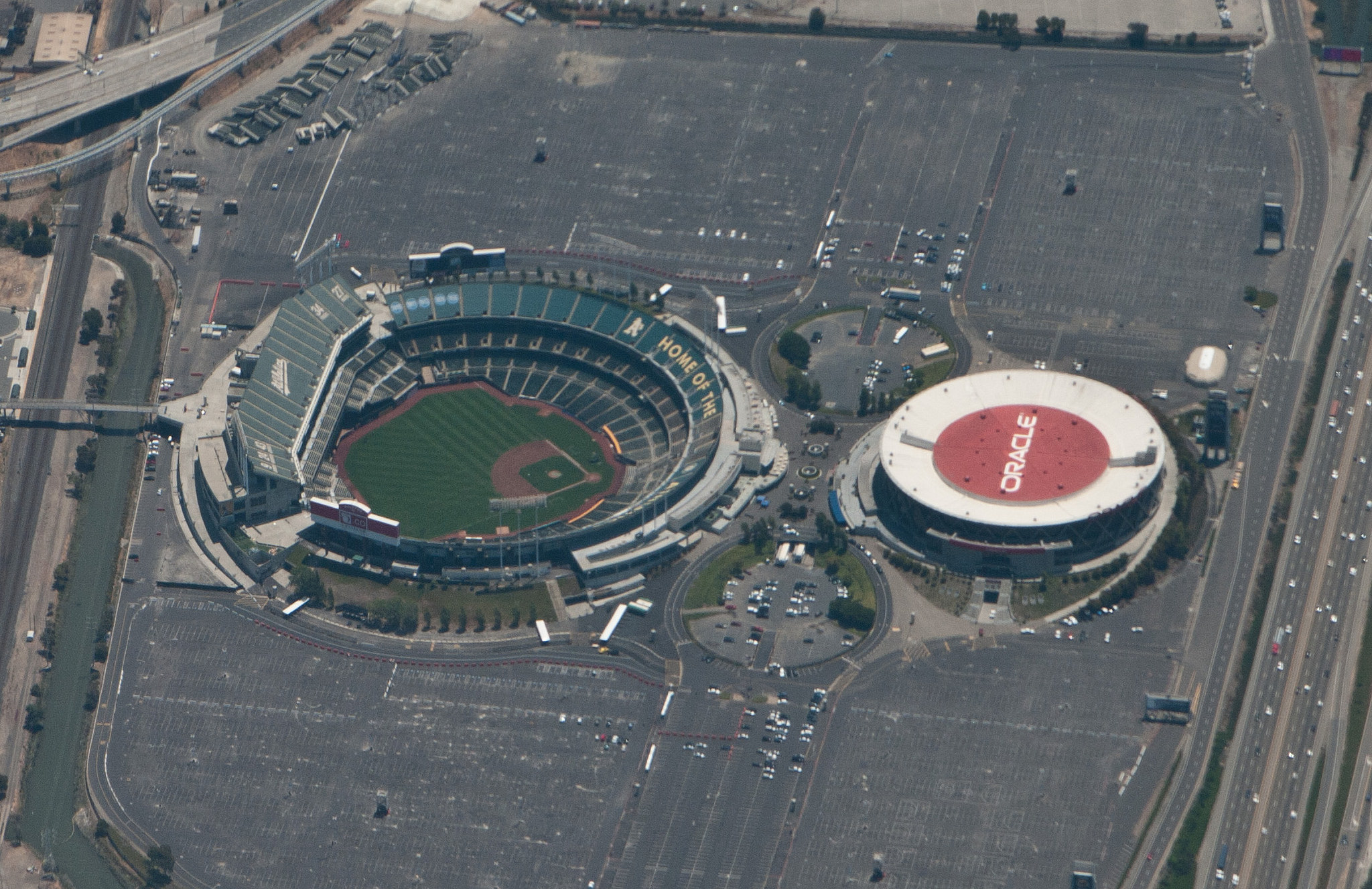 Until 1996, the arena at 7000 Coliseum Way, the oldest home of any NBA team, was known as the Oakland-Alameda County Coliseum Arena. After a much-needed renovation in 1997, the venue was rechristened the Arena in Oakland until 2005, and then Oakland Arena from 2005 to 2006. Today, in popular fashion, a major company has purchased the venue and renamed it Oracle Arena (aka, the eyeroll-inducing O.co Coliseum.) But locals prefer to call the complex the Oakland Coliseum Arena, since it’s located next door to the beleaguered Oakland Alameda Coliseum.

When the Warriors head west, a hole will be left in the soul of Oakland, but that doesn't mean the arena itself will fall by the wayside. Everyone from Madonna and Adele to Beyoncé and Bruce Springsteen have played the arena—next to HP Pavilion in San Jose and AT&T Park in San Francisco, the arena is the Bay Area place for big talent that can fill stadiums.

As a 2016 San Francisco Chronicle article argues: "The KeyArena in Seattle — which some economists say is an apt comparison to Oracle — was resurrected as a concert venue in 2008, when the SuperSonics broke their lease and moved to Oklahoma City. Since then it’s mostly been profitable, said Long Island University sports economist Geoffrey Propheter."

But what about the structure itself? Does it merit any landmark status or public outcry over its aesthetics?

James F. Goldstein, the millionaire NBA superfan who sits courtside at hundreds of NBA games each year (and the mind behind Los Angeles's iconic Sheats-Goldstein Residence), says that, aside from inspiring fandom, there’s not much to the arena.

"From an aesthetic standpoint, it’s pretty average and there’s really nothing special about it," explains Goldstein. "It’s a bit lacking from a statistical scoreboard standpoint, which frustrates me, but the ambiance is so great that it’s always a huge treat to go there."

Echoing similar sentiments heard in San Francisco, he goes on to say that he has high hopes for the new Chase Center, and adds "I know there’s a lot of concern that that same rabid enthusiasm that prevails in Oakland won’t happen in San Francisco, but if the fans are willing to pay some of the highest NBA ticket prices in Oakland, I’m sure they will in the city."

And if the aforementioned popular music acts don’t take a shine to the new Chase Center, the Oakland Arena could very well survive and thrive as a destination music venue. And if they can solve that problem, the next major focus should be fixing the decrepit, fading structure known as the Oakland Coliseum, next door to the arena. Both Oakland and A’s fans deserve better.

What $5,000/Month Rents You in San Francisco

View all stories in Mission Bay