Historic But Doomed 1906 House Must Go; New Duplex To Replace It?

This out-of-place but oddly endearing 110-year-old Rincon Hill house may see the wrecking ball soon (a confrontation that would presumably last but a few seconds), in favor of an ambitious duplex on the parcel.

Normally, blowing up historic homes in favor of condos is the sort of thing that makes San Franciscans rend their garments; but in this case it’s not the fault of the tech boom, development fever, or apathetic cultural watchdogs. You can point the finger at the folks who built the scrappy but unstable Guy Place house in the first place.

15 Guy Place (a street that consists of a single block starting off First between Folsom and Harrison) is a one-bedroom, one-bath "Italianate style" house circa 1906 that is clearly a relic of a bygone age, surrounded by an eight-story building on one side and a four-story building on the other. The 40-story Jasper building is right around the block. 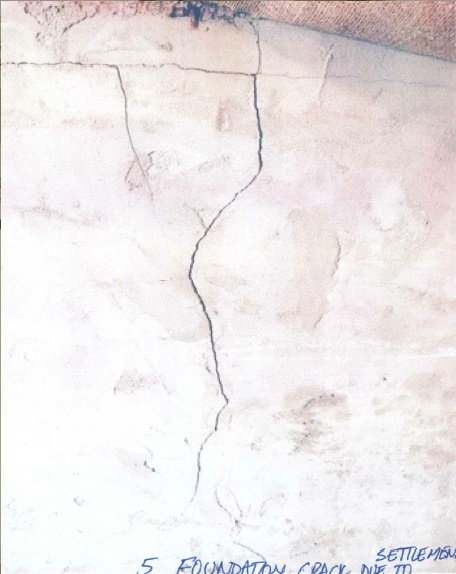 That's either a map of the Colorado River or a surefire indicator that you need to get out of the house.

The 1,200 square foot residence looks like a shack next to the taller buildings, but sold for a healthy $1.4 million two years ago. On Thursday, the Planning Commission will consider a proposal to raze the little fella. Despite how endearing the comparably small house looks next to its taller neighbors, this is a case where, alas, the patient is terminal.

According to the proposal going before the commission, "the building was constructed using a foundation with footings that were set directly on top of loose sand fill. As the building continues to settle, the footings have cracked and will continue until the foundation fails."

So, not only is the house seismically unsafe, but its own weight will do it in sooner or later. Indeed, you can already see the building leaning, and spot sizable cracks in its bones. 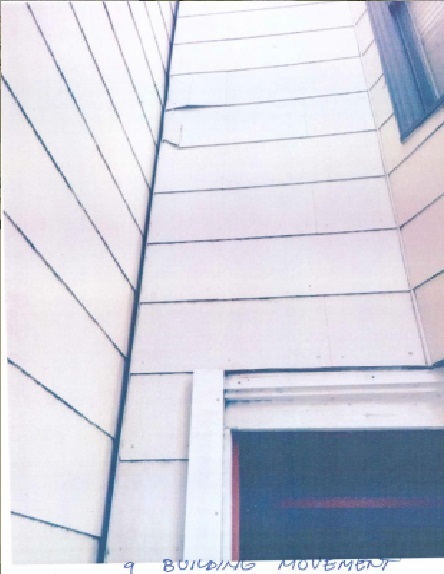 A house divided against itself CAN stand, but not for very long.

Despite its age, the city ruled the house of no historic significance. In its place, developers Drake Bay Partners want to erect a six-story, two-unit building, one large penthouse up top and a much smaller ground-floor dwelling below.

Mill Valley’s EE Weiss architects have the job of designing the (total) 8,500-square-foot duplex (see below). Given the state of the existing building, it seems likely that Planning will approve demolition, although what they think of the replacement remains to be seen. 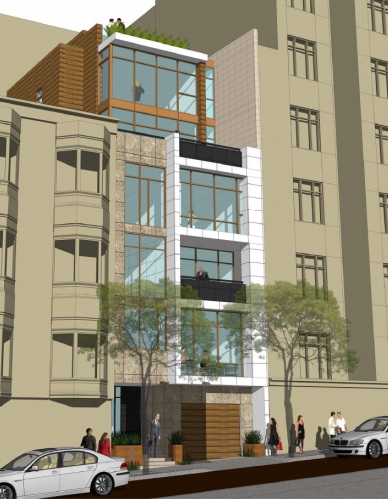 Well, so long, old soldier. At least no one can say you didn't have a good run.

Next Up In San Francisco Development News